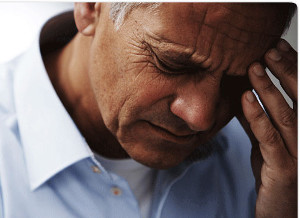 Tinnitus Relief, The Experience of a Patient

Tinnitus is a difficult problem and the standard line from many in the medical profession is get on with it. While Tinnitus can't be cured, it can be treated and that treatment can be successful. More often than not in our experience Tinnitus is caused by an underlying hearing loss which when treated relieves the Tinnitus a huge way. When there isn't a hearing loss, sound therapy can be exceptionally effective. One of our Patients from Derry was concerned that he may have to face into retirement with this problem and no relief. However, a chance encounter with our company led to a better outlook. Take a look at his story.

Tinnitus is a very annoying condition,which there is no complete cure for according to the medical profession. Around two years ago i developed very bad tinnitus which really interfered with my quality of life twenty four hours a day as i could not sleep at night with the incessant noises and also during the day it still affected me,it was very difficult to concentrate.I have no idea what triggered it off,and as i had just taken early retirement at age 61 i thought is this what i have to look forward to.

My family members were all searching high and low for help to ease my condition when one of them saw an advertisement in a local newspaper for Connect Hearing in the Courtyard shopping centre in Letterkenny who were offering treatments for tinnitus.So i made an appointment and went along to see the Audioligist Drew McMullan.

After conducting several tests for my hearing which i performed very badly in he discovered that i had a drop in my hearing which i was very surprised about,but according to him is fairly common in people suffering with tinnitus.He then placed hearing implements in my ears and repeated the tests.Well what a breakthrough,i could now have heard a pin drop!!!.

I told Drew that whatever these items were or whatever the cost i needed to have them as they made such a difference. He then told me they were called Widex Dream Hearing Aids and after taking my personal measurements he ordered them for me.On the way home i remember saying to my wife Mary i cant wait for them to be ready in two weeks as they made such a difference to my hearing and they would also help to control the tinnitus.

Eventually the day arrived for me to go and collect my Widex Dream hearing aids and from that day onwards i haven't looked back as i have now got my quality of life back and can now hear all the sounds that were just mumbles before.So i would strongly urge anyone suffering from hearing problems or tinnitus to go along to their nearest Connect Hearing Clinic as i can tell you they are Music to my ears.

The Widex Zen feature is truly a great sound therapy treatment for Tinnitus, Widex have dedicated a huge amount of research into this field. The success we achieve with the Zen feature and the customer satisfaction we see is a testament to that.

Looking for relief from the sound of Tinnitus?