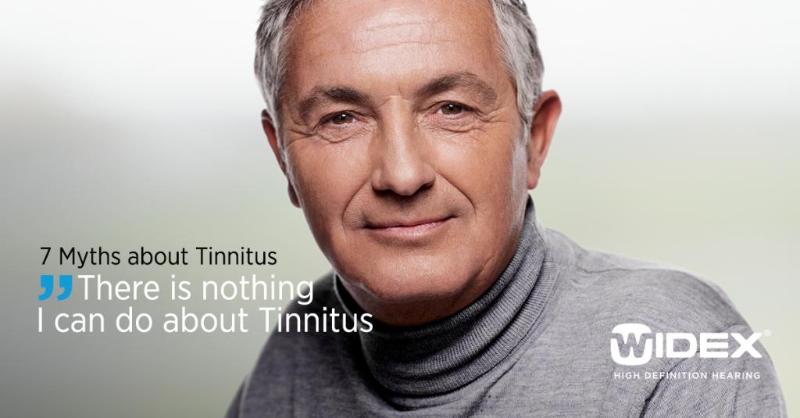 Seven Myths About Tinnitus You Should ignore

The ringing in your ears is probably Tinnitus

If you have ringing in your ears, it is a good bet that tinnitus is probably causing that ringing or buzzing in your ear that doesn’t seem to go away. It might be that your doctor told you that tinnitus can’t be helped – that you’ll just have to deal with it. That is not quite true.

Tinnitus is a condition that’s annoying at best and debilitating at worse – but there are ways to make it better. Here are some of the misconceptions that we have heard about tinnitus – and the facts you need to know.

MYTH: There is nothing I can do about tinnitus.

FACT: Many people go to their GPs with complaints about ringing or buzzing in their ears, often they are told that there is little they can do about it. You will have to live with it or try to ignore it. While there is no medical cure for tinnitus, there is a LOT you can do to lessen its effects.  Here are some proven ways to help decrease the ringing in your ears:

• Tinnitus Sound Therapy - An important element in tinnitus treatment is the use of sound therapy. Amplified sound from hearing aids, environmental influences, music, or noise generators can help minimise the contrast between the ringing of tinnitus and the surrounding sound environment.

• Ear Protection – Noise exposure is a leading cause of tinnitus. Wear ear protection when around loud sounds to prevent the onset of tinnitus.

• Tinnitus Counselling – Assessment and counselling with an experienced hearing healthcare professional can help determine the cause of your tinnitus. They can also introduce strategies that minimise the negative impact it may be having on your quality of life. The effects of tinnitus can often be lessened by a combination of counselling and sound therapy.

• Tinnitus Management Devices – Tinnitus management devices look like hearing aids and have special technology, to help you get relief from tinnitus. If you have tinnitus and a hearing loss, Widex ZEN tones can be incorporated in a number of Widex hearing aids. On rare occassions were someone who has tinnitus doesn't have hearing loss, Widex ZEN tones are available in the ZEN2GO devices.

Here is an example of a ZEN tone:

MYTH: Tinnitus is temporary. It will go away soon

FACT: Some forms of tinnitus are temporary and caused by recent exposure to loud noise. Like that commonly caused by exposure to loud music at concerts or night clubs. Other forms are more long-lasting or may consist of recurring episodes over time. Any severe tinnitus of sudden onset that is pulsatile (sounds like a heartbeat) or one sided, should be checked out by a medical professional. Tinnitus affects people in many ways and according to the National Healthcare System, there are several different “sounds of tinnitus.”

These tinnitus sounds include:

• Mild tinnitus – This form of tinnitus can often be masked by louder sounds. People with a mild form of tinnitus may only notice the ringing or buzzing in their ears when in very quiet surroundings like when trying to sleep or reading a book.

• High-pitched tinnitus – Most people experience tinnitus as a high-pitched hissing, whistling, or buzzing in their ears. Sometimes these sounds are related to your posture – you may only hear them when you are sitting or lying down, or when you turn your head a certain way.

• Low-frequency tinnitus – Sometimes tinnitus can be heard as a low-pitched sound like a rumbling.

MYTH: There are pills that will provide a tinnitus cure.

FACT: There are many miraculous tinnitus cures where a few pills will stop all signs of tinnitus on the internet. While there has been a huge amount of research done around the effects of medication and vitamin supplements on tinnitus, there is currently no proven tinnitus cure.  Only tinnitus management devices and sound therapy have been proven to decrease the effects of tinnitus.

FACT: Hearing aids are one of the most effective ways to beat tinnitus but only if that tinnitus is associated with underlying hearing loss. Widex hearing aids are especially helpful for tinnitus patients because of several reasons, they:

• Provide maximum amplification for very quiet environments, reducing the contrast between tinnitus and silence
• Limit the overall loudness of sound delivered to the ear in noisier environments, which may be critical for people with hearing loss

Widex hearing aids can also come equipped with Widex ZEN, this is a sound therapy function that plays soothing tones give relief from tinnitus when you need it.

MYTH: I never listened to loud music, so I won’t get tinnitus.

FACT: Noise exposure is one cause of tinnitus – but there are several more including some medicines, salt in your diet, high blood pressure, coffee, smoking and stress.

Getting Relief From Your Tinnitus in Dublin

We undertake tinnitus advice and management at all of our branches in Dublin and across the country. So if you are wondering about the ringing in your ears, why don't you come and see us.

Worried About the ringing in your ears?